Saturday was the feast of Johann Sebastian Bach. In this month of fabulous women, we have also had some fabulous men. Ignatius yesterday, Bach last Saturday.

Oddly, I took the full CD set of the Well-Tempered Clavier out of the library on Monday, not realizing I had just missed Bach’s feast. (I think of him more often in April on his birthday, which I used to celebrate with one of my Bach-loving Lutheran professors.) I have been listening to this long set of variations to calm down and move into writing. This very one. (Click on “Listen to Samples” and see what the music does to you.)

This bit of the Well-Tempered Clavier, by another interpreter, has an entirely different feel. I wouldn't listen to it to calm down. It's a YouTube, by the way, but really just sound, you don’t see the pianist.

Better than anyone else in the “classical” set, Bach lends himself to being jazzed up. Check out this YouTube of the Canadian Brass playing something from that same Well-Tempered Clavier. That final flourish has a little Gershwin twist!

And here’s what Jethro Tull did with Bach – starting with a well-known Bourrée and then running with the piece:


I love, love, love this. Listen to the whole thing with all its twists and turns. 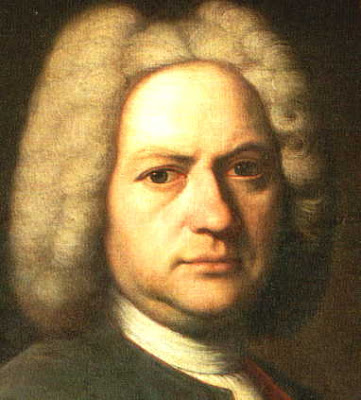 My goodness, now I definitely remember the Jethro Tull; those years weren't entirely bad, despite Nixon's best (or worst) efforts.

Geez, I can't believe I missed the feast day of JSB who is MY VERY FAVORITE COMPOSER OF ALL TIME!!!! At my house, every day is Bach day. I'm not sure I'd ever heard the Jethro Tull, and I quite liked it. Thanks for this wonderful tribute.