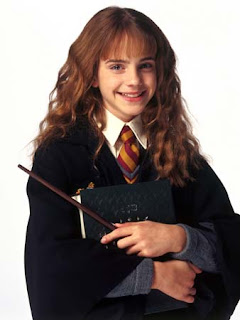 They're all different and it depends who's talkin'.

As I was answering the first couple of them, I figured, "Eh, with these answers, they're going to tell me I'm Hermione with a little bit of someone else thrown in."

In the order I took them (and I was consistent in my answers -- the questions weren't all the same, but there were recurring themes):

You're dreamy and absent-minded, though you often show startling intelligence. Sometimes you're Luna Lovegood, Harry's spacy acquaintance; at your best, you're Hogwarts headmaster Albus Dumbledore, far more serious-minded than your behavior might imply. 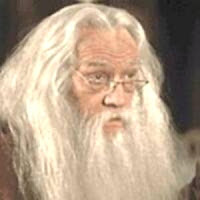 (I kind of liked that one since I love Dumbledore*. And don't spoil my fun, I only read the first four HPs and I have to catch up. And I haven't seen any of the movies yet. One of my fully grown friends just took himself to see the latest one tonight, though, so I may get a report.)

*He's a priestly/episcopal/wise one figure.

(And you KNOW Hermione could end up as Head of School.)

You're the bad guy out of the group. Although you don't do any real damage, you like to pick on people, and you feel superior to others around you. You are from an uptight family who is very strict.

For 33 % you are: HERMIONE GRANGER -- You're smart, witty--just be careful not to intimidate people. ROCK ON, GIRL!

You could also get this result:For 20 % you are: RON WEASLEY -- You're a loyal friend, but you can be somewhat rude. Try paying some more attention to your classes, and think your actions through. CANDY, CANDY, CANDY! 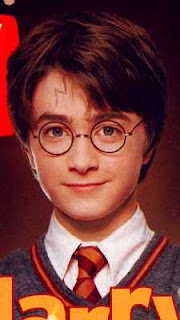 Or even this one:For 20 % you are: GINNY WEASLEY -- You're kind, funny, outgoing, smart, popular, fiery, and you've probably got a REALLY hot boyfriend. YOU ROCK!

Or even this one:For 13 % you are: HARRY POTTER -- You're brave, and you have a bit of a saving-people-thing. Your friends mean more than anything to you, and you're just a tiny bit girl-challenged. LOOK OUT, YOU-KNOW-WHO!

Or even this one:For 13 % you are: LUNA LOVEGOOD -- You definitely march to a different drum. Way to be different! People find you funny, but are unlikely to take you seriously. CRUMPLE-HORNED SNORKACKS RULE!

Maybe I'm Luna (after all, she came up twice), but I am SO not a blonde.

I guess some folks would say that HP quizzes are like newspaper horoscopes...

I took one more quiz after reading Philocrites's report on his results, and this quiz was longer and more complex than any of the others. Age-appropriate, Philocrites called it. Guess what, I'm Dumbledore again. With --again-- a good dose of Hermione and Harry; and Sirius Black! And the Weasleys. But who is Remus Lupin? I haven't read an HP book in two or three years.

I am a Luna Lovegood and Dumbledore, though I am so far behind I don't even recognize the Lovegood character, so I hope she has some redeeming qualities.

This was fun! Thanks to Grandmere Mimi, I found your site. I am Dumbledore and Hermoine. That makes me happy!