Dorothee Sölle on the church 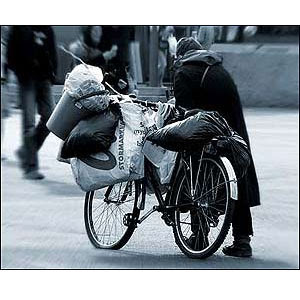 *****In the face of the Christian church and its role in the First world, I feel alienation, aversion, disgust, and sometimes even shame. I see this empirical church as a structure "from above," based on injustice and continually betraying it s own truth. I often think that the church is like Judas, who handed Christ over to the established religious authorities. Sometimes I think that the church is like the other disciples who, discouraged and defeated, left Jesus alone and fled. And then there are times when I think the church is like Peter, who denied that he had ever known anything about peace and justice. Very seldom do I see the church, like Peter, shedding bitter tears.

*****Nevertheless, I have never regarded myself as post-Christian. I have also experienced something other than what I have just described. I have seen the church in a group of women who did not flee, who stayed, and on Easter Sunday went to the tomb because the one who had gone was not dead for them. However, my overwhelmingly bad experiences have changed my image of the church. It is not a house for me any longer; instead, it is a tent for the wandering people of God. Then tent is not always where I am, but sooner or later I encounter the tent people again --on the street or in the courtroom. The sacred is not so much a building or an institution as an event, something that happens. Not long ago Daniel Berrigan, in conversation, employed the image of an umbrella that shelters us from the cold rain. Sometimes it opens too slowly, and we are left standing in the rain. Sometimes it is not very effective. Still, it is there, and I would not want to be without it. But the image of the church that continues to impress me most is that of an old woman looking for food in a garbage can --an unmarried mother with bent back, unattractive, unhealthy, of indeterminate age-- my older sister, whom I need and who needs me.

*****I suspect that the post-Christians do not want to have anything to do with the dialectic of a religious institution. But it is just this self-contradictory experience of the church as traitor and the church as sister that stares me in the face, and I have to live with it. Post-Christianity seems to me like a slick formula that covers up the two-sided encounter with the church and reduces it to the "church from above." Then the church from below is forgotten, and with it what tradition has identifies as the "mystical body of Christ." Oh Jane - thank you for this.

Oh, this is quite good!
Welcome home!

Well, I am totally with her until the last four lines. But, what do I know? Not being in church or anything...

Lindy, you know plenty. And Soelle was all about churchy and non-churchy people being together, working for justice, seeking a common language, or sharing their different languages.

So say some more about what does and doesn't make sense to you, if you want. Or not! Thanks for stopping by and reading.