December 28: Feast of the Holy Innocents

A.k.a. Childermas to you high-church C of E types. 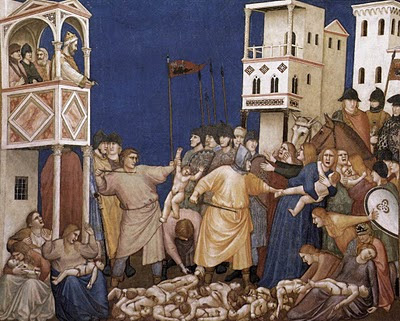 In addition to the best-known paintings of the Massacre of the Innocents by Giotto di Bondone (above) and Pieter Brueg[h]el the Elder (below), I am posting some other depictions of the killing of the innocents. But first, a biblical reminder.

When the wise men had departed, an angel of the Lord appeared to Joseph in a dream and said, "Get up, take the child and his mother, and flee to Egypt, and remain there until I tell you; for Herod is about to search for the child, to destroy him." Then Joseph got up, took the child and his mother by night, and went to Egypt, and remained there until the death of Herod. This was to fulfill what had been spoken by the Lord through the prophet, "Out of Egypt I have called my son."

When Herod saw that he had been tricked by the wise men, he was infuriated, and he sent and killed all the children in and around Bethlehem who were two years old or under, according to the time that he had learned from the wise men. Then was fulfilled what had been spoken through the prophet Jeremiah:

"A voice was heard in Ramah,
wailing and loud lamentation,
Rachel weeping for her children;
she refused to be consoled, because they are no more." 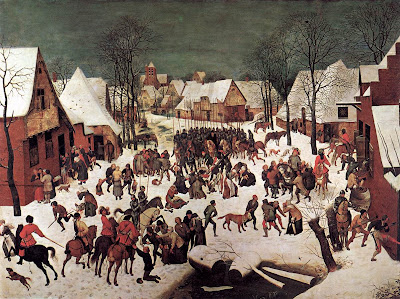 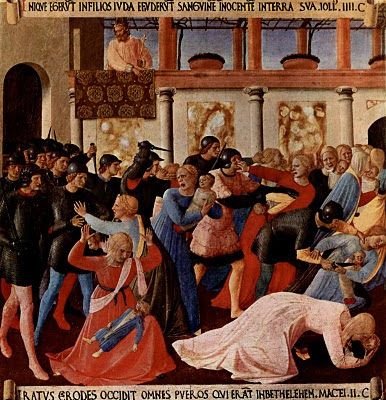 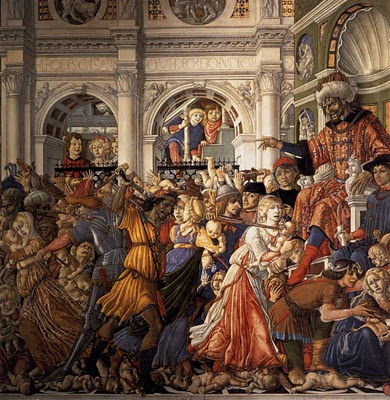 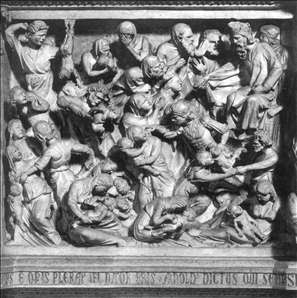 Why the attraction of the subject matter? The drama of course; the sheer injustice; the terror; the worst loss a mother can ever endure: the killing of her child -- multiplied by the hundreds and thousands. Mary and Joseph save their baby from death, but later Mary will endure the loss of her son as an adult and be helpless to protect him, as are the mothers in this scene. As are so many mothers.

In last year's December 28 post, I posted pictures of children much closer to our time as well as information about agencies helping children. Remember them. Care for the vulnerable. Holy Innocents, pray for us, and in your blood and the suffering of your mothers remind us to prevent more pain, more deaths, more tears, and to weep in solidarity with those who mourn. In Christ's name, Amen. 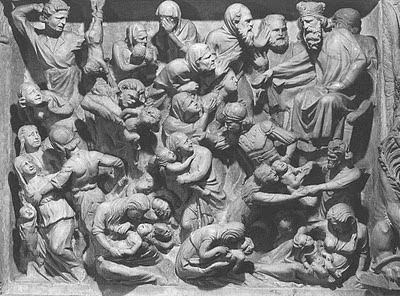 Click on photo to enlarge and see detail.
Posted by Jane R at 1:48 PM