Not so random theological quotes

I am convalescing. Whether or not the bug was H1N1 is unclear, since I have half of the symptoms from the "nope, it's not H1N1" column and half the symptoms from the "yup, you got it" column. Either way, I have been sick, without a fever but with a lot of lung involvement and some head and nose heaviness as well. The latter went away relatively fast; the former is lingering. Much better the last two days, though.

I am back at work at my theological writing during this fall break (which gave me the time to be sick and sleep and now gives me the time to think a little). I'm up against a deadline, so the time for coherent posts has not yet returned, but I'll share with you some quotes from the works of authors I have been reading and about whom I have been writing.

So this first. We're not in light material here.

To believe in God means to take sides with life and to end our alliance with death. It means to stop killing and wanting to kill, and to do battle with apathy which is so akin to killing. It means an end to the fear of dying and to its counterpart, the fear of failure. To take sides with life means to stop looking for some neutral ground between murderers and their victims and to cease looking upon the world as a supermarket in which we can buy anything we want so long as the price is right and the system is preserved. 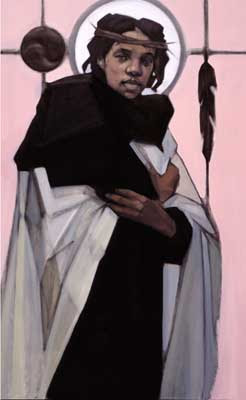 But he answered, ‘It is written, “One does not live by bread alone, but by every word that comes from the mouth of God.” (Matthew 4:4)

****Taking sides with life is not an easy or simple thing, It involves a never-ending process of change whereby we constantly renounce the self that is dead and enamored of death and instead become free to love life. To take sides with life and experience how we can transcend ourselves is a process that has many names and faces. Religion is one of those names. Religion can mean the radical and wholehearted attempt to take sides with life. ...

****What I have to say is said from a particular point of view. I am a Christian. When I seek help against that ever-present death by bread alone I turn instinctively to Jesus Christ, learning from him how to fight and conquer death. I do not claim, however, that this way is the only way to do so. I know many Jewish, humanist, socialist individuals and groups who, with the help of other guides and patrons and saints, fight the same battle and have similar experiences. As far as I am concerned it is not important or necessary that we all embrace the same faith, perhaps some common faith of humanity, What is important is that people be able to communicated and share their religious experiences.

****Turning to religion must not mean turning away from each other but rather turning to each other. When I try to say what Christ means to me, threatened as I am by the strangling death that is all around us, I am trying to speak about the steps that can lead all of us out of the prevailing state of death. The recollection of Jesus derives its power not from “one-way” slogans and bumper-sticker theology but from what that recollection says about happiness, peace, love, and justice. It speaks of those things not as requirements or demands to be imposed upon humanity, but as things that can and do happen in the lives of each of us. One of the things the Jesus tradition says is that learning to love means also–indeed primarily–learning to die, and therein lies the offer of finding our identity.

**** Jesus took sides with life. He battled against death wherever he found it: the death of outcast lepers with whom none would speak, whom none would touch; the death of the publicans whom society held in utter contempt; the physical death of those who had not yet begun to live. Here note must be made of something without which Jesus’ relationship to death cannot be understood. Neither Jesus nor those who, like him, battle against violent death looked upon a physical death as the worst thing that can happen to us. They feared a life that is ruled and controlled by death more than they feared death itself…. For Jesus and others like him natural death is by no means the greatest enemy.

****But Jesus’ attitude toward death and that of others like him is contrary to ours. We prefer to cling tenaciously to the “honeysweet Christ.” We want no part of the Christ of vinegar and gall. We accept more or less as fate the kind of death that surrounds us in all its forms, the kind of death imposed by society’s structures and forces; war and starvation; robotized, impersonal existence; the monotony and routine of going through the motions of living. But what we struggle against is natural death from sickness and age, regarding it as our bitterest foe. It is natural death that we fight and resist with every means at our disposal. …

****The desire for a future life and for some form of continued personal existence is most deeply rooted in the resistance to death of those who have not lived an authentic and genuine life. The only weapon against such death is that of love. Those who die without ever having plunged into the stream of love die a hopeless death. Death can be accepted only by those who know what it means to live. Only they can take sides with life against the death that comes by bread alone.

****Being a Christian means that we have passed from death to life. We have gone beyond death. In the case of a Christian, the biological order of birth followed by death is reversed. The Christian dies first, then [s]he is born. Passing from death to life, the individual Christian will not need such a crutch as the hope of reunion in heaven with loved ones. Nor will the Christian need the crutch of a hope for continued personal existence in a heavenly realm. Absolutely nothing –not even the knowledge of our transitory personal existence—can separate us from the love of God.

Image: "Jesus of the People" by Janet McKenzie
Posted by Jane R at 3:24 AM

I'm ordering the book.
This was good.

This woman's salary and benefits were paid by people who were taxed by government-a clear violation of the separation of church and state.