Sölle on limits, transcendence, and the Communion of Saints 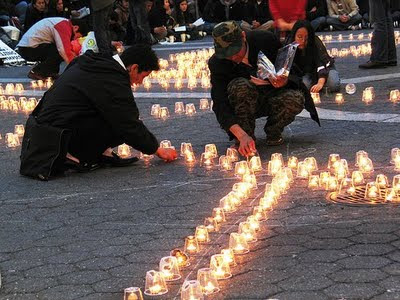 At a peace gathering


The English version of the poem is by the book's translators, Nancy Lukens-Rumscheidt and Martin Lukens-Rumscheidt. The German original, "Auf einer Friedensversammlung," appeared in Dorothee Sölle, Loben ohne Lugen (Berlin, Wolfgang Fietkau, 2000).
Photo by the blogger New York Portraits, 2008.
Posted by Jane R at 5:58 AM

Oh, Jane, I love that... We should all be blessed with a few dead friends who drop in from time to time. They do live with us, don't they?

I seem able to get blogger blogs today. Maybe a lucky break or maybe I've done something right! Hope for the best.