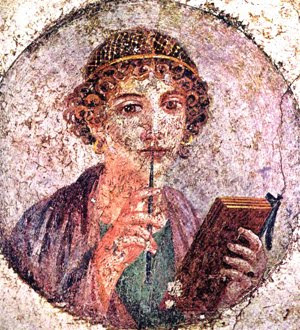 In case it is not obvious, italics in black are my words. The words in color are Olsen's.


Literary history and the present are dark with silences: some the silences for years by our acknowledged great; some silences hidden; some the ceasing to publish after one work appears; some the never coming to book form at all.

What is it that happens with the creator, to the creative process, in that time? What are creation's needs for full functioning? Without intention of or pretension to literary scholarship, I have had special need to learn all I could of this over the years, myself so nearly remaining mute and having to let writing die over and over again in me.

These are not natural silences--what Keats called agonie ennuyeuse (the tedious agony)--that necessary time for renewal, lying fallow, gestation, in the natural cycle of creation. The silences I speak of here are unnatural: the unnatural thwarting of what struggles to come into being, but cannot. In the old, the obvious parallels: when the seed strikes stone; the soil will not sustain; the spring is false; the time is drought or blight or infestation; the frost comes premature.

The great in achievement have known such silences --Thomas Hardy, Melville, Rimbaud, Gerard Manley Hopkins. They tell us little as to why or how the creative working atrophied and died in them--if ever it did.

Kin to these years-long silences are the hidden silences; work aborted, deferred, denied --hidden by the work which does come to fruition...

Censorship silences. Deletions, omissions, abandonment of the medium (as with Hardy); paralyzing of capacity (as Dreiser's ten-year stasis on Jennie Gerhardt after the storm against Sister Carrie). Publishers' censorship, refusing subject matter or treatment as "not suitable" or "no market for." Self-censorship. Religious, political censorship --sometimes spurring inventiveness--most often (read Dostoyevsky's letter) a wearing attrition.

The extreme of this: those writers physically silenced by governments. Isaac Babel, the year of imprisonment, what took place in him with what wanted to be written? Or in Oscar Wilde, who was not permitted even a pencil until the last month of his imprisonment?

Other silences. The truly memorable poem, story, or book, then the writer ceasing to be published. Was one work all the writers had in them (life too thin for pressure of material, renewal) and the respect for literature too great to repeat themselves? Was it "the knife of the perfectionist attitude in art and life" at their throat? Were the conditions not present for establishing the habits of creativity (a young Colette who lacked a Willy to lock her in her room each day)? or--as instanced over and over--other claims, other responsibilities so writing could not be first? (The writer of a class, sex, color still marginal in literature, and whose coming to written voice at all against complex odds is exhausting achievement.) It is an eloquent commentary that this one-book silence has been true of most black writers; only eleven in the hundred years since 1850 have published novels more than twice. [Olsen backs up her statement with a citation; note that she was speaking in 1962.]

There is a prevalent silence I pass by quickly, the absence of creativity where it once had been; the ceasing to create literature, though the books may keep coming out year after year...

Almost unnoted are the foreground silences, before the achievement. [T.O. names writers including George Eliot, Joseph Conrad, Isak Dinesen]-- all close to, or in their forties before they became published writers; [more names, including Laura Ingalls Wilder] in their sixties. Their capacities evident early in the "being one on whom nothing is lost;" in other writers' qualities. Not all struggling and anguished... ; some needing the immobilization of long illness or loss, or the sudden lifting of responsibility to make writing necessary, make writing possible; others waiting circumstances and encouragement...

Very close to this last grouping are the silences where the lives never came to writing. Among these, the mute inglorious Millions: those whose waking hours are all struggle for existence; the barely educated; the illiterate; women. Their silences the silence of centuries as to how life was, is, for most of humanity. Traces of their making, of course, in folk song, lullaby, language itself, jokes, maxims, superstitions--but we know nothing of the creators or how it was with them... 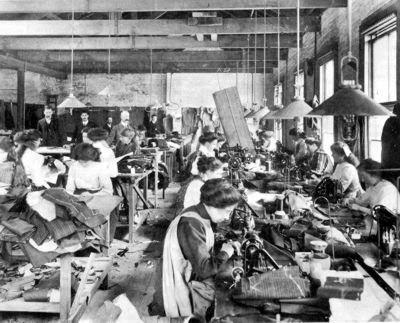 Olsen then quotes Virginia Woolf's A Room of One's Own, as one expects. I think of Alice Walker's title essay in In Search of Our Mother's Gardens about the creative gifts of Black women. Olsen also quotes Rebecca Harding Davis, who writes of the illiterate ironworker in Life in the Iron Mills who sculptured great shapes in the slag: "his fierce thirst for beautiy, to know it, to create it, to be something other than he is--a passion of pain."

..."Without duties, without almost without external communication," Rilke specifies, "unconfined solitude which takes every day like a life, a spaciousness which puts no limit to vision and in the midst of which infinities surround. "

Unconfined solitude as Joseph Conrad experienced it:
***"For twenty months I wrestled with the Lord for my creation... mind and will and conscience engaged to the full, hour after hour, day after day... a lonely struggle in a great isolation from the world. I suppose I slept and ate the food put before me and talked connectedly on suitable occasions, but I was never aware of the even flow of daily life, made easy and noiseless for me by a silent, watchful, tireless affection."

I'll bet that was a woman. Who was silent and watchful, that is, and made the food, and provided affection.

But what if there is not that fullness of time, let alone totality of self? What if the writers, as in some of these silences, must work regularly at something besides their own work--as do nearly all in the arts in the United Sates today.

I know the theory (kin to "starving in the garret makes great art") that it is this very circumstance which feeds creativity. .... But the actuality testifies: substantial creative work demands time, and with rare exceptions only full-time workers have achieved it. Where the claims of creation cannot be primary, the results are atrophy; unfinished work; minor effort and accomplishment; silences. (Desperation which accounts for the mountains of applications to the foundations for grants--undivided time-- in the strange bread-line system we have worked out for our artists.)

Twenty years went by on the writing of Ship of Fools, while Katherine Anne Porter, who needed only two, was "trying to get to that table, to that typewriter, away from my jobs of teaching and trooping this country and of keeping house: "Your subconscious needed that time to grow the layers of pearl," she was told. Perhaps, perhaps, but I doubt it. Subterranean forces can make you wait, but they are very finicky about the kind of waiting it has to be. Before they feed the creator back, they must be fed, passionately fed, what needs to be worked on. "We hold up our desire as one places a magnet over a composite dust from which the particle of iron will suddenly jump up," says Paul Valéry. A receptive waiting, that means, not demands which prevent "an undistracted center of being." And when the response comes, availability to work must be immediate. If not used at once, all may vanish as a dream; worse, future creation be endangered -- for only the removal and development of the material frees the forces for future work. ...

There is a life in which all this is documented: Franz Kafka's. For every one entry from his diaries here, there are fifty others than testify as unbearably to the driven stratagems for time, the work lost (to us), the damage to the creative powers (and the body) of having to deny, interrupt, postpone, put aside, let work die.

... [Excerpts from Kafka's diaries follow. Also comments on Rilke, who neglected and moved away from his wife and child to protect his poetry writing, and on marriage and childbearing and how rare, till recently, most women writers did not marry, or if they did, did not have children. Or if they did, they had household help.]

The power and the need to create, over and beyond reproduction, is native in both women and men. Where the gift among women (and men) have remained mute, or have never attained full capacity, it is because of circumstances, inner or outer, which oppose the needs of creation.

Wholly surrendered and dedicated lives; time as needed for the work; totality of self. But women are traditionally trained to place others' needs first, to feel these needs as their own...; their sphere, their satifaction to be in making it possible for others to use their abilities...

...[W]e are in a time of more and more hidden and foreground silences, women and men. Denied full writing life, more may try to "nurse through night" (that part-time, part-self night) "the ethereal spark," but it seems to me there would almost have had to be "flame on flame" first; and time as needed, afterwards; and enough of the self, the capacities, undamaged for the rebeginnings on the frightful task. I would like to believe this for what has not yet been written into literature. But it cannot reconcile for what is lost by unnatural silences.

*******Originally an unwritten talk, spoken from notes at the Radcliffe Institute in 1962, transcribed and edited, and published in this version in Harper's Magazine, October 1965.
Posted by Jane R at 4:16 PM