Feast of John the Baptizer (with thanks to Mozart and SVO)

My friend the Simple Village Organist has a nifty new music thingie (like him, I specialize in highly technical language) and in honor of the Feast of John the Baptist, it is playing lovely music by Mozart, who says things in his language better than most of us ever will in ours.

In parts of Europe, the Solstice celebrations and St. John's Day were combined and thus great bonfires were lit to commemorate the birth of John. In some places they still are. Here's one. 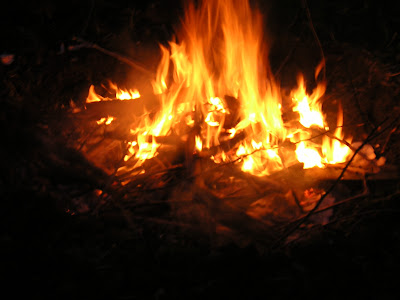