Feast of the Transfiguration / Hiroshima Day 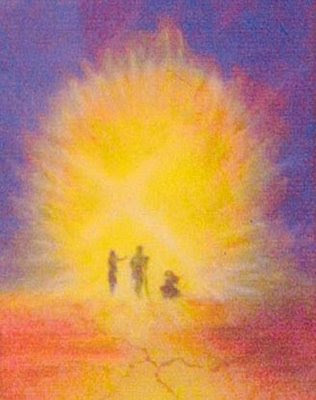 I have been haunted for years by the juxtaposition of these two days on August 6. I cannot hear the Bible passage about Jesus blazing with light without remembering the deadly, blinding light of the Bomb.

Likewise I cannot remember the anniversary of the bombing of Hiroshima without searching the scriptures, my heart, and the wisdom of others to ask what the story of the Transfiguration has to say to this weapon-infested world, especially in the nuclear age.

The last time I preached on this feast was more than half a dozen years ago at Ghost Ranch, the Presbyterian/ecumenical conference center (history here) near one of Georgia O'Keeffe's homes in Abiquiu, New Mexico, not far from Santa Fe. Rather than leaving you with my words, I offer links to the words of friends and to some of the images they have posted. The image on Padre Rob+'s blog is particularly powerful.

Padre Mickey on the Transfiguration. (Beautiful icons and meditation.)

Grandmère Mimi on the Transfiguration and Hiroshima (with an excerpt from a sermon by Jesuit peace activist John Dear) and on another anniversary.

Padre Rob+ on Hiroshima and the Transfiguration. (Stunning image and poem).

Janinsanfran on Hiroshima Day. (With a Martha's Vineyard perspective.)

Ormonde Plater reminds us of deacons martyred on this day during the persecution of Emperor Valerian in the 3d century C.E. 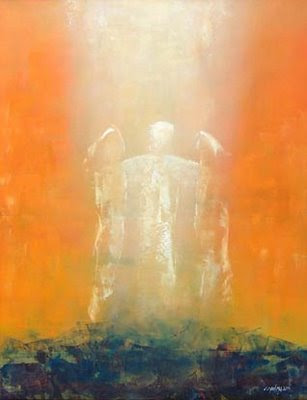 There are not words for me here today, but many feelings, many thoughts.

Thank you for the post and the links Jane.

The art you've given us here is so extraordinary and so right.

Jane, "haunting" is the proper word for the coincidence of the two anniversaries. Your pictures are quite moving. I'm sorry I missed coming here yesterday. I had no words, so I recycled last year's post. That's one advantage to a certain longevity in running a blog.

Thank you for the links, a day later. I'm going visiting now.