April 4: two MLK anniversaries and a third, with the Freedom Seder 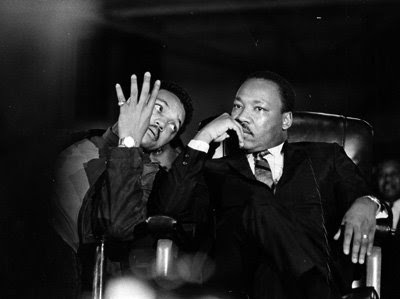 The Revs. Jesse Jackson and Martin Luther King, Jr. on April 3, 1968, before MLK gave the last speech of his life. Photo: Ken Ross via American RadioWorks. He was assassinated the following day.


Today is the anniversary of the 1968 assassination of the Rev. Dr. Martin Luther King, Jr. in Memphis, Tennessee.

It is also the anniversary of the "Beyond Vietnam: A Time to Break Silence" speech which he gave exactly a year before, on April 4, 1967, at the Riverside Church in New York City.

Although I have posted the speech before, I post it here again for those who have not read or hear it. The link includes audio as well as transcript text. The speech is long but well worth pondering.

A good feature on the last year of King's life (the "Beyond Vietnam" speech, the Memphis sanitation workers' strike, et al.) is here, courtesy of American RadioWorks. It includes both text and audio.

And, with thanks to my colleague the Rev. Susan Redfern Spencer (also here), via Facebook, the note below from the Shalom Center and YouTube video:

On April 4, 1969, the first anniversary of the death of Dr. Martin Luther King, the third night of Passover, hundreds of people of varied racial and religious communities gathered in a Black church in the heart of Washington DC to celebrate the original Freedom Seder. For the first time, it intertwined the ancient story of liberation from Pharaoh with the story of Black America's struggle for liberation, and the liberation of other peoples as well. 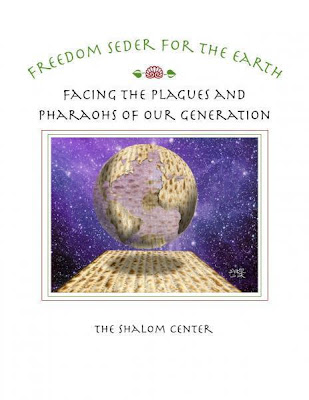 Hello David,
Did I mention I have a conference in Montreal in November? I think I mentioned it to ToujoursDan on Facebook, but not to you. Anyway, I am looking forward to it! And perhaps we can have a Montreal meetup!
Peace to you,
Jane

Jane,
I hadn't heard of your trip north, and though I should be well out of my league with two such erudite souls at you and tousjoursDan, it would be a real pleasure to meet you.
Should you be interested in preaching, meeting with the Diocesan Theological College, or the equally interesting Lay Institute, I'd be more than glad to make arrangements.
I only wish it was a more clement month for your visit. It would be a real real joy to take you on a walking tour. But we'll work with November.
Re any of the above possibilities, you can alway reach me at deo@total.net

Thanks for the Freedom Seder link. I'm going to take a good look at it on the train to NJ today, and see what I can incorporate into our seder.