The intensity of academe

There's a lot of it.

Three "final class of the semester" down, one to go.

Usually we teach three courses a semester at my school, but I had a fourth, or really a fraction of a fourth course, just a once a week, one-credit colloquium with our religious studies majors. The other three courses are four credit courses.

One more tomorrow evening, not quite as long because I am going to let people out early.

Now begins the grading marathon. I am also on deadline for a Big Academic Tome I am writing. Not so great timing but there you have it. Maybe if I read and grade three hours a day from tomorrow on and write the rest of the day I won't have to pull any all-nighters next week when grades are due for seniors (May 6) and for everyone else (May 8). My birthday is May 7. It used to be well timed when I was younger and schools ended in June. Now it's always in the middle of finals! 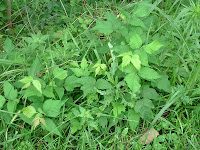 Sorry to bore you with Facebook-like trivia (though, to be fair to Facebook, there are also great professional and personal conversations and reunions there) but I know some of you friends are not on FB, and I'm feeling the need to connect to the "outside world" a bit as the academic walls close in a little more this week and next.

I have to cook up a sermon for this coming weekend, too. One very anti-Jewish reading from Acts (yo, crucifixion was a Roman punishment!), the 23d Psalm, a request from the first Epistle of John that we love one another, and the Good Shepherd reading from the Gospel according to John. Ooookaaaayyy. Let us pray! 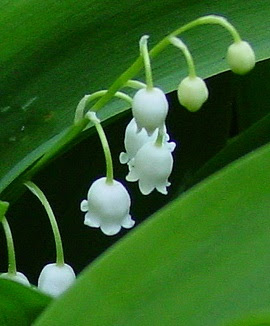 There are lilies of the valley blooming in my garden, though, or rather, the landlady's garden. It is a surprise garden. I moved in the first of September and I never know what is going to pop up. First it was daffodils and jonquils and narcissus. Then the dogwood tree bloomed deep pink against the silver grey-green bark. (It is now pale pink and growing leaves.) Then the rains came and produced green plants whose name I do not know and some of which are probably weeds, including poison ivy if I am not mistaken (I have started weeding - with gloves - and looking up plants online), flowers new to me here and there, and two rows of lily of the valley, just a touch early for le premier mai. Meanwhile, the rhododendron burst into red bloom. What the French call boules de neige (literally "snowballs") and is either viburnum or white hydrangea came out almost at the same time. The tall trees have been shedding yellow pollen. And who knows what's next?
Posted by Jane R at 10:59 PM

I was just thinking about your upcoming birthday today when walking back from lunch. I think we should toast each other at the end of the month.

I envy you the lily of the valley - are they the muguets des bois? Too lazy to look it up. In any event, we won't have anything like that here until more the end of May. But the daffodils are rioting along my lake shore drive and the flowering trees are all blooming at once. Joanne Fisher