On the road again

I am headed for Boston tomorrow to visit the intrepid Parents of Acts of Hope, this time for a week, which means the stay won't be All Parents All The Time and I will also see a few friends, including Deenie.

I lived in the Boston area for 15 years and for three years a few years before that when I was in divinity school, so I have many dear friends there, from my old church (where I served on staff in my Catholic days and where I continued as a member after leaving the staff to go and work on my first book) and many other places. Those include the Episcopal Church, since the Diocese of Massachusetts and its cathedral are where I got to know the Episcopal Church, though I didn't become an Episcopalian till some years later when I was living in California. The Boston friends now include two of my Ph.D. classmates who got teaching jobs there. So, despite moving away, I have more peeps there rather than fewer. The city doesn't call itself the Hub for nothing.

After that I am headed to Halifax for the annual convention of the CTSA, which I had to skip last year for the first time in 15 years. (CTSA stands for Catholic Theological Society of America.) I've never been to Nova Scotia and I'm excited about the trip, though you don't get to see much during conferences. But I'm arriving in Halifax a bit early and leaving a bit late, so I hope to see the sights. I'll also get to see some of city since I will be staying in altnerate housing (staying at the hotel is so much better during conferences, but I just can't swing it without a roommate or two and I made plans too late to find roomies) and there will be bus rides involved.

Two very nice humans will be taking care of Her Grace the feline bishop while I am away so I am feeling a manageable level of guilt about leaving town so soon after my last trip. 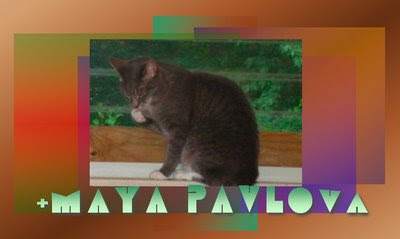 I could just stare at this photo all day.

:-) Excellent. This must go in one of our forthcoming books, yours or mine or the one we could write jointly.

I am not getting any cat-sio divina here on the road :-( though I am having a good time. I miss my cat.

Oops, the little frownie got cut in two in the above post.

There, that was a proper frown.