On the banning of the passive voice and HoB statements

I am thinking of banning the passive voice in all writing assignments for all my courses next semester. As it is I end up correcting verbs in the passive voice almost every time they occur, so I might as well ban them. My colleague Eric had the brilliant idea of banning "they" and other such pronouns in his classes this semester. He thus avoided writing the many, many notes I have had to write on student work saying "To what or to whom does this 'they' refer? Antecedent unclear." Of course many of the students don't know what an antecedent is. Sigh. For this I went to school for a dozen years to get a Ph.D. in theology and over $100,000 in debt?! I love my students, I really do, but I do not like correcting people's English. **************************** 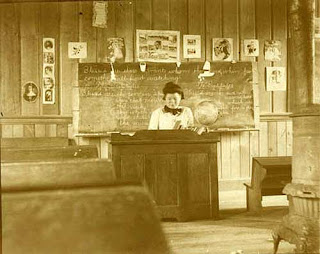 (Yes, the students have taken English 102 by the time they get to my classes. No, I have no idea what high schools are teaching students these days. Or middle schools. Or elementary schools, for crying out loud. Some of my students write in perfectly grammatical sentences and others seem as if they haven't passed 7th-grade English. But 7th grade has changed, from what I gather.)

So what does this have to do with the Episcopal House of Bishops and its statements? (I also have many students who don't know the difference between its and it's, and why should they if even newspapers and department store signs are failing to make the proper distinction these days? Harrumph. Say amen, someone.)

Have a look at this statement, which responds to the Lambeth non-invitation, and see how it might have read if the House of Bishops had banned passive verb forms. With the active voice, you have to name who is responsible.

It's not a bad statement at first glance, and it doesn't contain many passive verbs. There are just one or two (depending how you count what qualifies as the passive voice.) The statement is mostly in the active voice, but take this, for example:

....hurt that is being experienced by so many in our own Episcopal Church...

Right. True. "Hurt that is being experienced." Yes. The focus is on the feelings of those who are in pain.

But hurt by whom and by what? Isn't there also the issue of who is causing the hurt to whom? (Yes, to whom. I am so peeved at The Nation for its current cover story headline "Who Would Jesus Vote For?" that I may just write them a grammatical rant. That's "whom," boys and girls. Not "who." You're not helping me in my job here. )

I say we should screen all statements for the passive voice, or at least notice the syntax in statements and ask ourselves what it says or connotes.

This statement isn't an egregious case of bad syntax or style. It's not in total passive-voice bureaucratese. The commitments and observations are largely in the active voice.

And the HoB did 1) remind people that Bishop Robinson was duly elected by the Diocese of New Hampshire and 2) ask for the kind of forbearance, charity, and faith we all continue to need.

But I am a grammar nut (even though I do things like starting sentences with "but") and a style freak and I just had to comment.

What a brilliant post. Not only because you call out the HoB of course! You address a significant problem in our society... the inability to actually speak or write English.

I say this as someone who was once quite good at it but has lost some skill over the years. My brain has atrophied due to a serious lack of scholarship. I rang up my debts the old fashioned way; I bought too many books instead of going to school.

Amen. I'd pick it up from here, but I don't know when to stop.

Well, to mention a few, I gave up writing "Frag" in the margins when it became clear how very few of my students knew (or cared) what a sentence fragment was. It's and its, you got; "there, they're and their" is another classic. ("So why not spell 'em the same?" Accurate quote.) No sense of the agreement of number between nouns and modifiers nor nouns and verbs.

I really do agree that the question is "What was going on in English class from sixth grade on?" It really made me feel awkward as an Adjunct teaching a course required for graduation to be the first teacher in ten years to call them on elementary English grammar. Flunk them and teach only one semester? Point out they were functionally illiterate when, as you noted, it's becoming increasingly common in the wider culture? Spend most of my time correcting papers when no one involved (Excepting me) cared to note the corrections in any meaningful way?

I love to teach, but there are things I do not miss about that status.

Ooh, you are singing' my song!

I'm with you, Jane---passive voice is of the devil.

Back when I was teaching political science, my students were aghast to find out that 10% of their grade rested on correct grammar and spelling. If I were still teaching, I would probably raise it to 25%. If the lower schools aren't teaching good mechanics (and they aren't), the only way to make adults learn proper writing is to inflict pain if they won't.

Yes, I'm mean. It's probably self-protection too--as a professional writer and editor, I'm always worried about becoming unemployable because no one really gives a damn about clear communication...

I just poked around the Web (that den of procrastination) and found this handout on the passive voice from UNC.

My students would never take the time to read it, though. It's too long. I think I have to come up with a one-pager. Either that or I will just ban the passive voice and refer them to this or a similar handout. It's possible we have one on our college website, but the head writing person and I once had a public disagreement in faculty meeting on the use of the passive voice.

We don't usually discuss writing in faculty meetings, but we are a writing-intensive school and were going through the infamous re-accrediting process that happens in colleges every ten years, and our big thing was "writing in the majors" -- setting up training and standards for writing within each field. We passed accreditation with flying colors but are still setting up this "writing in the majors" thing. I made the point in faculty meeting that good writing is good writing regardless of field, and the writing specialist from the English department disagreed with me. I had used the passive voice as an example of bad writing, and apparently I am wrong about that. Well, too bad, I am still thinking of banning it next semester. (I also would like to be teaching theology and history and not writing! Grrrr.)

The passive voice has long been loathed and reviled by many. ;)

Know what else I hate?

As for the real point of your post: awareness is growing in certain quarters that breaks must be taken from churchy matters. ;)

Yeah. Breaks must be taken also from the electoral campaign reporting, by which we are getting annoyed.

So, while we are on language rants by writers (hi all), let me say that I cannot STAND the addition to the "do" on airplane announcements. "Ladies and gentlemen, we do ask that you stay seated..." That and the misplacement of the tonic accent in sentences. All airlines do it. "Welcome TO Atlanta, where the local time is 6:43..." What is UP with that?!

I dunno, but you know what else I hate? The insertion of unnecessary "of's." As in, "it was too big of a sandwich for me to eat."